2. OS2U-3 Unit: Northern Fleet, No. 1 Two Kingfisher were served in Soviet Union. In Spring 1944 USSR temporary got ex-Italian light cruiser Milwaukee. It delivered on 24th August 1944 to Northern Fleet and renamed Murmansk. Onboard it carried 2 OS2U-3 Kingfisher, they still wore American White/Grey painting and re-coded '1'  and used as trainers and liaisons.

3. OS2U-3,Unit: Fuerza Aerea de Chile No. 308,View of the OS2U-3 Kingfisher showing the Nr. 308, first FACH plane flew over the national Antarctic territory in 1947. Note: Chilean Kingfishers wore telescopic sights only for a brief time after its arrival to Chile. 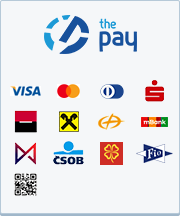 Cookies help us deliver our services. By using our services you agree to our use of cookies.   Find out more